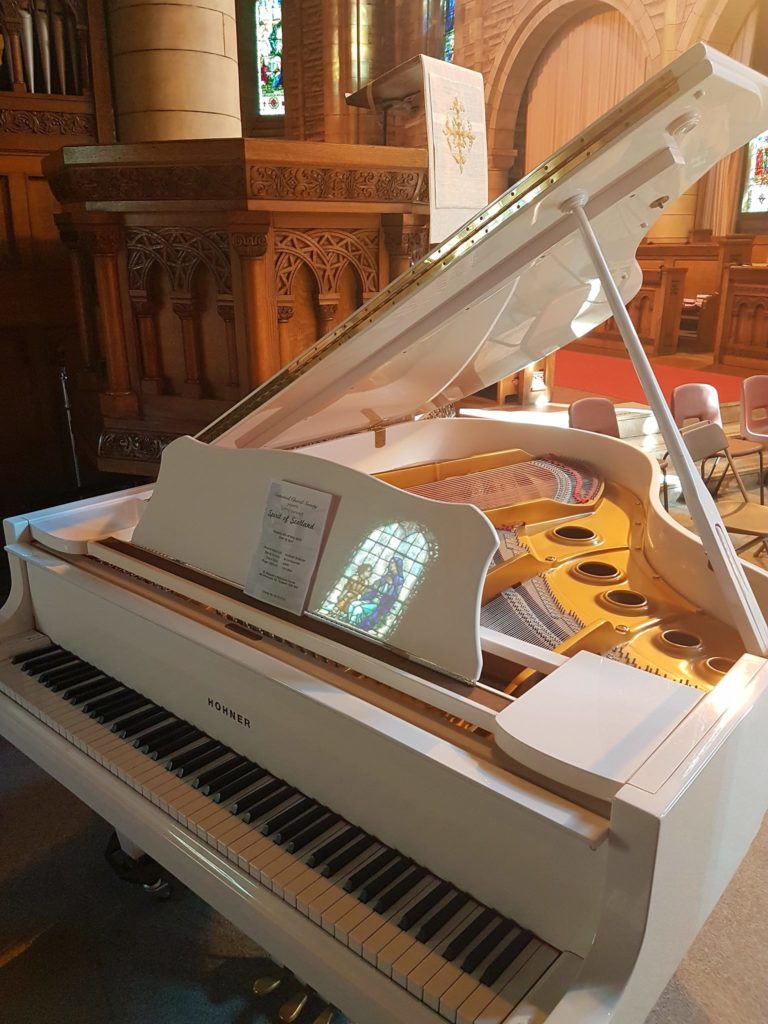 Originally from Mykolaiv, Ukraine, Oksana now lives in Glasgow. She graduated from Music College with a distinction in ‘Choral Conducting’ and then went on to study Classical and Opera singing achieving a Master’s degree and a postgraduate diploma.

Oksana has been conducting in Scotland since 2010 and is the deputy conductor of Glasgow Male Philharmonic Choir and principal conductor of the Lesmahagow Male Voice Choir.

As well as a conductor, Oksana is a performing soprano in her own right. Oksana sings regularly as a soloist and has performed around Britain. Her most recent appearances include St. John of Waterloo, London and St. Mary’s Cathedral in Edinburgh.

In 2008, Paulius completed his studies at National M.K. Ciurlionis School of Arts in Vilnius and in 2014 obtained a Master’s from Lithuanian Academy of Music and Theatre. He is currently studying for a Doctor of Performance degree at the Royal Conservatoire of Scotland under the tutelage of Prof. Aaron Shorr.

Paulius is a laureate of international piano competitions in his native Lithuania and abroad; he represented his country in the European Piano Competition in Normandy.

The Lithuanian Chamber Orchestra and the BBC Scottish Symphony Orchestra are among the renowned ensembles with which Paulius has played.